Alias: Delta Sleep Inducing Peptide
CAS: 62568-57-4
Sequence: TRP-ALA-GLY-GLY-ASP-ALA-SER-GLY-GLU
MF: C35H48N10O15
MW: 848.813620
Purity: 99%
Specification: 2mg/vial
Appearance: White Lyophilized Powder
Place of Origin: China
Standard: USP
Certification: SGS
Method of Analysis: HPLC
Storage: Lyophilized peptides although stable at room temperature for 3 months, should be stored desiccated below -18° C. Upon reconstitution of the peptide it should be stored at 4° C between 2-21 days and for future use below -18° C.

Delta sleep-inducing peptide, abbreviated DSIP, is a neuropeptide that when infused into the mesodiencephalic ventricle of recipient rabbits induces spindle and delta EEG activity and reduced motor activities.

Delta sleep-inducing peptide was first discovered in 1974 by the Swiss Schoenenberger-Monnier group who isolated it from the cerebral venous blood of rabbits in an induced state of sleep. It was primarily believed to be involved in sleep regulation due to its apparent ability to induce slow-wave sleep in rabbits, but studies on the subject have been contradictory.

DSIP is an amphiphilic peptide of molecular weight 850 daltons with the amino acid motif: N-Trp-Ala-Gly-Gly-Asp-Ala-Ser-Gly-Glu-C
It has been found in both free and bound forms in the hypothalamus, limbic system and pituitary as well as various peripheral organs, tissues and body fluids. In the pituitary it co-localises with many peptide and non-peptide mediators such as corticotropin-like intermediate peptide (CLIP), adrenocorticotrophic hormone (ACTH), melanocyte-stimulating hormone (MSH), thyroid-stimulating hormone (TSH) and melanin concentrating hormone (MCH). It is abundant in the gut secretory cells and in the pancreas where it co-localises with glucagon.

In the brain its action may be mediated by NMDA receptors. In another study Delta sleep-inducing peptide stimulated Acetyltransferase activity through α1 receptors in rats.It is unknown where DSIP is synthesized.

Delta sleep-inducing peptide, abbreviated DSIP, is a neuropeptide that when infused into the mesodiencephalic ventricle of recipient rabbits induces spindle and delta EEG activity and reduced motor activities.
Many roles for DSIP have been suggested following research carried out using peptide analogues with a greater molecular stability and through measuring DSIP-like immunological (DSIP-LI) response by injecting DSIP antiserum and antibodies.

Delta sleep-inducing peptide (DSIP) , a nonapeptide with a unique amino-acid sequence (Table 1) , was isolated from the cerebral venous blood of rabbits subjected to low-frequency ('hypnogenic') electrical stimulation of the intralaminar thalamic nuclei (the so-called 'trophotropic zone '; Hess W. R. by Schoenenberger-Monnier group from Basel in 1977.

Delta ,In the following three decades , extensive studies carried out in a number of laboratories have demonstrated that DSIP , or some structurally closely related peptide(s) , is present in both free and bound forms in some cerebral structures , primarily the hypothalamus and limbic system , as well as pituitary and different peripheral organs , tissues and body fluids , where it co-localizes with several peptide and non-peptide mediators

DSIP (Delta Sleep-inducing Peptide) is a neuropeptide found in the hypothalamus, pituitary, and adrenal glands. Its isolation has allowed for extensive research which has found several possible primary and peripheral roles of this peptide. First, DSIP has been shown to induce sleep. Second, it may have benefits as an analgesic in treatment of chronic pain, sometimes as an adjunct treatment. Third, DSIP has been shown to block ACTH release and decrease levels of ACTH, stimulate LH release, and act as an inhibitor of the secretion of somatostatin. The source of production of DSIP is yet unknown; It may be produced in the central nervous system or in a peripheral organ. It is thought to pass through the blood-brain barrier (BBB) more easily than most known neuropeptides. As mentioned, DSIP has shown positive results in inducing slow-wave EEG (sleep). It has been shown to help treat narcolepsy and restore disturbed sleep patterns to normal sleep rhythms.

Other Peptide Our Lab Supply: 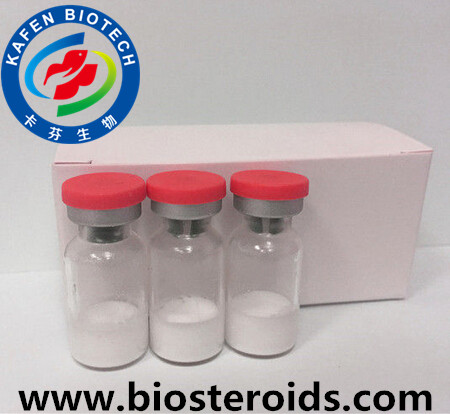