Unifiram (DM232) is another recent entrant in the Racetam family which is structurally similar to an ampakine and is closely related to Sunifiram (DM235), with the first studies on the drug being published in 2003. More studies need to be conducted to fully elucidate theeffects of Unifiram, but it appears to be effective as a Nootropic and as an anti-amnesic.

Unifiram is a relatively new nootropic drug that just might be one of the most powerful brain supplements ever invented.

According to an article in Drug Development Research, this compound boasts a potency approximately 1,000 times greater than currently available nootropics like Piracetam and Aniracetam.

Studies have shown that Unifiram has a highly positive effect on memory and cognitive activity similar to those exhibited by the more popular Racetams.

How does Unifiram Powder Work?

Unifiram is a positive allosteric modulator of your AMPA receptors (also known as -amino-3-hydroxy-5-methyl-4-isoxazolepropionic acid receptors).

As an Ampakine, Unifiram effects glutamate uptake in the brain causing better synaptic transmission between neurons.

Unifiram is a positive allosteric modulator of your AMPA receptors (also known as -amino-3-hydroxy-5-methyl-4-isoxazolepropionic acid receptors).

As an Ampakine, Unifiram effects glutamate uptake in the brain causing better synaptic transmission between neurons.

In the studies conducted, Unifiram was noted to have three primary benefits: anti-amnesia, acetylcholine agonism, and anti-sedative and anti-hypnotic effects. Two of the studies on Unifiram and its analogs focused on its ability to reverse the amnesic effects of AMPA antagonists and its precognitive effects utilizing the Mouse Passive Avoidance test for their experimental methodology. Another study noted that Unifiram appears to increase acetylcholine release in rats; acetylcholine is very strongly correlated to memory and learning. There was one other study done that found, on top of being an anti-amnesic, Unifiram reduces the effects of barbiturates especially the effects of hypnosis and sedation

Unifiram is a highly potent AMPAkine-like nootropic with antiamnesic and cognition-enhancing effects in animal studies at up to three orders of magnitude higher potency than piracetam.

User reviews and Sunifiram logs point to the fact that this supplement makes information recall much easier and helps you think more clearly. Sunifiram is being compared to Noopept quite a bit because of their similar potency levels. Initial observations suggest that Sunifiram is better as a memory booster while Noopept might have an edge on increasing focus and alertness.

1. Rich experience.
Having been specialized in this field for years, we have rich experience and widespread sales network around the word. Our steroid and hormones have been exported to overseas, like Europe, Africa, Asia, America and other countries. We are not got good feedback from our guest, but also established long business relationship with them.

2. Great quality and high purity.
Good quality is one secret for our success. All of our products enjoys high purity. Thus, it can make sure our client's need. Welcome order the samples, MOQ just 10 grams.

3. Safest and fastest delivery.
We have mass stock, so that we can arrange the delivery within 24hours once receiving the payment. Tracking number would be informed quickly after shipment. We have our own way of packing which could ship 0.01 kilo to 50 kilo products a time.

4. Good after-sales service.
24/7 is available. We will tell you the package updated info ASAP. And try our best to solve various problems customers encountered!

5. Experiential shopping
Besides raw steroid powder and liquid, we offer hormone solution and formula. We can teach you how to make hormone solution on the site. Any visit to our lab is welcomed. 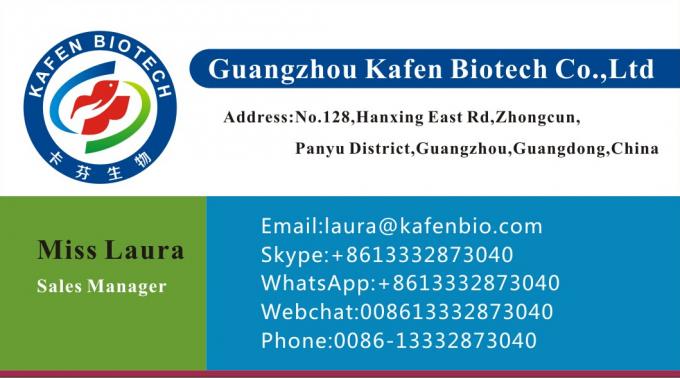